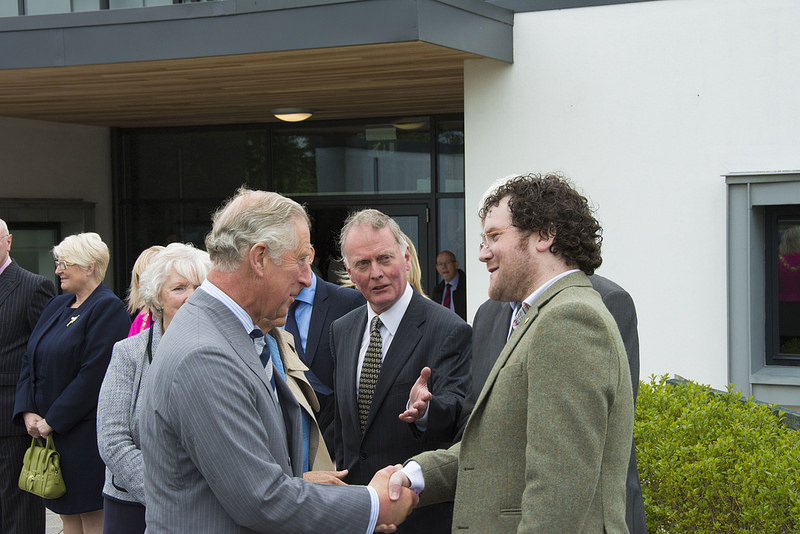 On his recent visit to Cork, Prince Charles said the “Friendship between Britain and Ireland will endure”.

The Prince mentioned his visit to Corrymeela in 2015 and the work of the Corrymeela Community and its leader, Pádraig Ó Tuama (also from Cork).

The Prince referenced Pádraig’s poem Shaking Hands, he said “With reconciliation and understanding as our guide, we have found a new path to shared prosperity and security, and we are determined that we must never lose our way again”.

The full text of Pádraig’s poem is below:

Because what’s the alternative?
Because of courage.
Because of loved ones lost.
Because no more.
Because it’s a small thing; shaking hands; it happens every day.
Because I heard of one man whose hands haven’t stopped shaking since a market day in Omagh.
Because it takes a second to say hate, but it takes longer, much longer, to be a great leader.
Much, much longer.

Because this just might be good.
Because who said that this would be easy?
Because some people love what you stand for, and for some, if you can, they can.
Because solidarity means a common hand.
Because a hand is only a hand; so hang onto it.

So join your much discussed hands.
We need this; for one small second.
So touch.
So lead.

© Pádraig Ó Tuama 2012. www.intheshelter.com
Included in ‘Sorry for your troubles’, a book of poetry and essays published by Canterbury Press, July 2013.