Sixteen of us from Corrymeela journeyed in different ways to the island of Iona in August to share friendship, stories, fun, experiences, perspectives, meals, tasks, dorms, washing facilities, pilgrimages, bible study and worship with members, friends, volunteers and staff of the Iona Community. 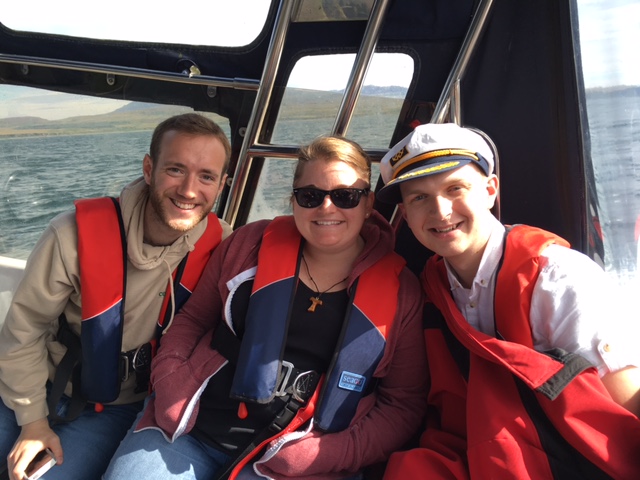 Twelve of us had the adventure of travelling from Ballycastle to Iona by sea around Rathlin Island, between Islay and Jura and around Colonsay past Mull to Iona. As one of these twelve, I really enjoyed the trip and even those who had a less pleasant experience agreed that it was preferable to the long journey home again involving three ferry crossings, an overnight in Glasgow, three bus and two train rides!  The boat journey took just four and a half hours with a half hour stop in Islay and although the weather started off fair, it had turned cold and wet by the time we reached Iona. 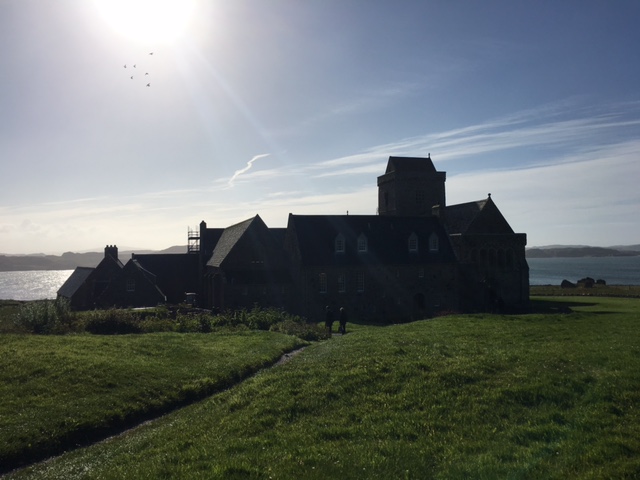 We had a warm welcome however and were accompanied to the Mac by Pat Bennett, the Iona Community’s programme development worker who was co–ordinating the week along with Pádraig.  Pat is one of the members of the Spirituality of Conflict (formerly ‘Conflictus’) project, a collaborative venture between the Iona and Corrymeela communities and other partners, currently developing reflections and resources to accompany the Gospel readings for the three year cycle of the lectionary, looking at these through the lens of a spirituality of conflict. 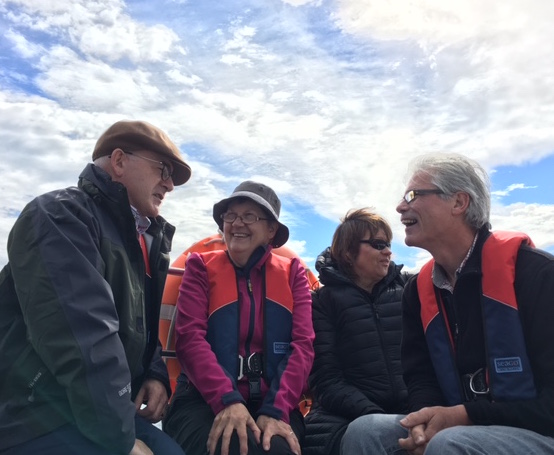 Despite the prevailing cold wet weather and some folk needing to be rescued at sea from the Staffa ferry during the week, we had a good time together with many highlights. I know some of us reflected on the services of worship in the Abbey, held twice and sometimes three times a day. Most memorable were the Sunday morning worship with Communion at which Pádraig preached; the Hallowing service that evening for the re–dedication of members and an additional twelve new members of the Iona Community, similar to our own service of Dedication, the service of Peace and Justice on Monday evening led by us and the service of prayer for Healing on Tuesday evening. 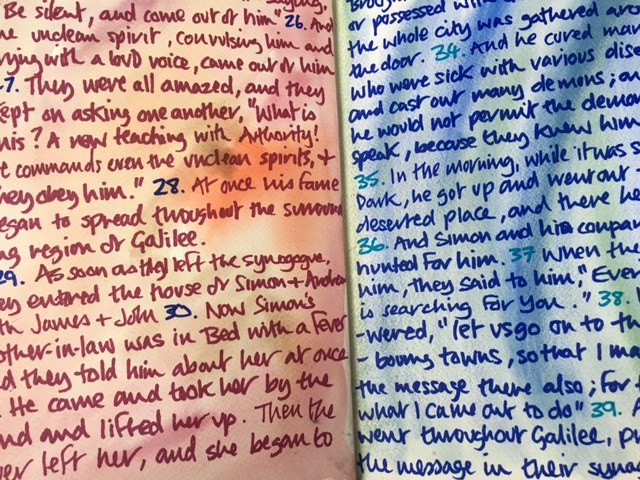 At the Hallowing service, Joanne and Andy Boal presented Peter Macdonald, leader of the Iona Community, with a copy of Mark’s gospel beautifully bound and handwritten on watercolour washed pages by most of our group, under the careful direction of Pádraig, Joanne and Andy. This publication will be kept and used in the Glasgow office of the Iona Community. An additional blank journal was placed in the art room of the MacLeod Centre for both Corrymeela and Iona folk to write reflections in during the week and this will reside at our Centre in Ballycastle so we will all have a chance to read and enjoy it. Pádraig wrote the service for Peace & Justice entitled ‘the joy of metanoia’, which included a pantomime liturgy based on the story of the Syrophoenician woman in Mark’s gospel, chapter 7.  Many Iona folk commented on how effective it had been and were asking if they might use the script.

We had only two of the three planned Bible studies owing to the worsening weather conditions and the fact that most of us had to leave a day early. As ordained clergy compose half of Iona’s membership, there was plenty of biblical knowledge in the sessions. Our first reflection focussed on the woman who anointed Jesus feet in Luke 7 when protocol, rules and order were turned on their heads. We considered the conflict of feeling or being, ‘in the way’ and the ‘rules’ of hospitality. In our second reflection, we recalled the story of Christmas in Luke 1 bringing into our midst issues of occupation, political upheaval, vulnerability, gender politics, ethnic cleansing and powerlessness. These were punctuated by song, ‘Seinn Alleluia’, led by Pádraig and followed by choices of discussion, art/craft sessions or a conflict style exercise.

The best day we had weather–wise was on the day of the pilgrimage, with the choice of a longer (7 mile) or shorter walk. Several Iona members and staff took responsibility for sharing words and song or silence/reflection at each of the 10 stops. It included the scattering of an Iona member’s ashes in Columba’s Bay and some symbolic actions like the choosing of two stones, one to carry and one to cast away. 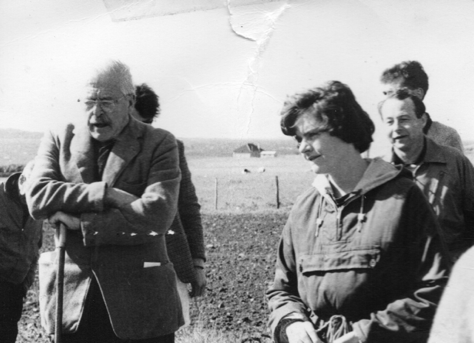 On the occasions we met as the Corrymeela group during the week, we had different experiences to reflect upon with one another and I expect many of us will continue as Mary did to, ‘treasure all these things and ponder them,’ in our hearts. The image that lingers with me is one of connection – four of us, Iona and Corrymeela members, comparing the Iona rule and Corrymeela statement of commitment in our dorm; shared stories in two wonderful Tenx9 sessions when we learned more about Iona and Corrymeela family connections (Does anyone recognise the two folk in the 1962 photo of the pilgrimage in Iona?) and an Iona member’s report reflecting on the early years of our communities and the work of Alec Watson and John Morrow – a sharing and connection of journey that will hopefully continue well into the future.