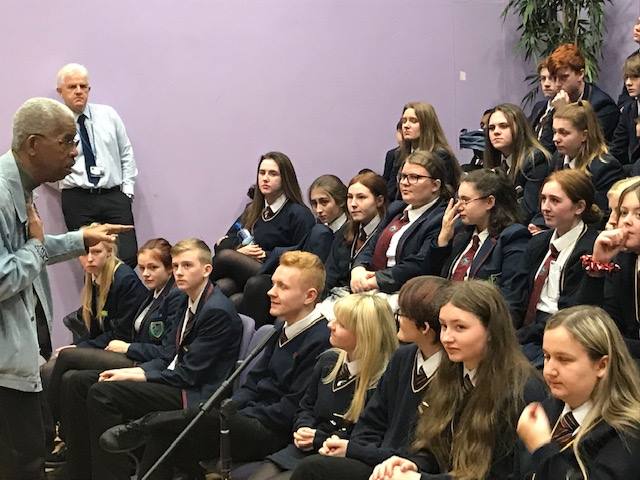 They have been touring Northern Ireland talking to students, teachers and the public about their experiences as civil rights activists in the deep south of 1960’s USA.

Rip Patton was part of the sit in protest movement in Nashville that eventually led to the desegregation of the city. He and others (black and white) trained themselves to be thrown across lunch counters and how to take a beating so that when attacked during their peaceful actions they would not react.

Sybil Jordan was one of ‘the Little Rock Nine’ guarded by the 101st Airborne as they entered Little Rock Central High School as its first black students. In three years at the school only one fellow student spoke to her. Other students only referred to her using the N word. It has been our pleasure to host them.