The Police Service of Northern Ireland has reported a rise in the number of ‘Hate Crime’ incidents reported to them, with up to three race related incidents reported each day. In schools 75% of pupils from an ethnic minority background will suffer racist name–calling and abuse. *

The “Hands off my Friend!” campaign will work with over 400 young people in local schools to increase awareness of the prejudice that leads to hate crime. They will discover why an estimated 80 percent of hate crimes are never reported to the police. Crucially they will also learn what they can do to address hate crime. The hi–tech project will use a dedicated website www.handsoffmyfriend.org and a smart phone application through which hate crime can be anonymously reported. 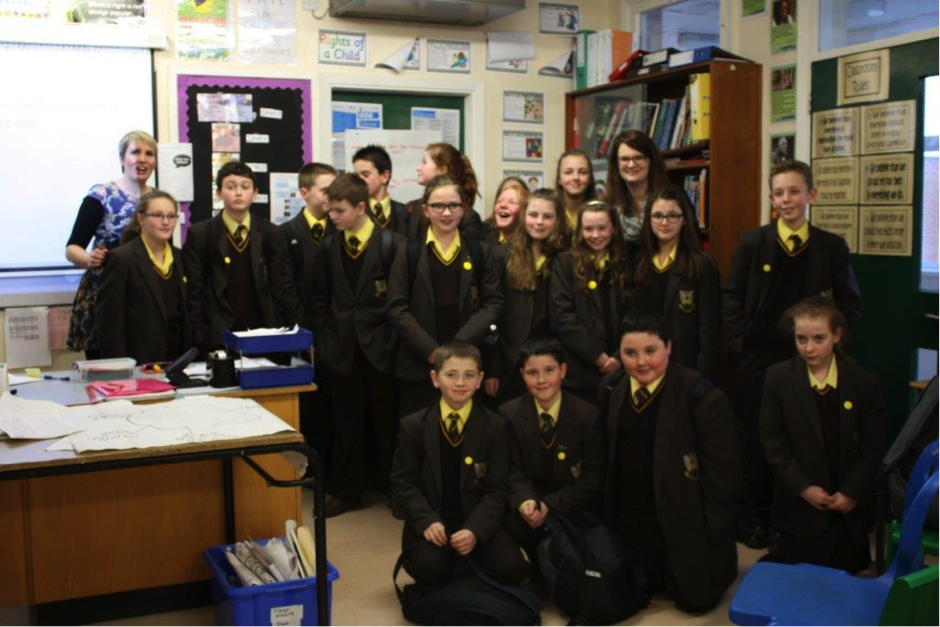 The campaign will run across the Ballymoney, Coleraine, Limavady and Moyle Council areas. The workshops with young people from 16 schools and youth agencies will be delivered by the Corrymeela Community – Northern Ireland’s oldest Peace and Reconciliation organization, based in Ballycastle.

The project forms part of the Good Relations Strategy for the 4 Councils and has received financial support from the Office of the First Minister and Deputy First Minister.

We are delighted to be working in partnership with these key agencies on such an important issue. Given that it is believed that hate crime levels could be up to 6 times higher than the figures that are actually reported, it is crucial that our young people are equipped with the tools and knowledge to tackle hate in all its forms.

I am delighted that this project has been extended to young people throughout the Council areas of Coleraine, Ballymoney, Moyle and Limavady.

Hate crimes cause devastating effects to communities and individuals. I welcome this programme and support the work it does in making individuals aware of the harm perpetrators and supporters of hate crimes can cause.

The project is a great incentive to help give confidence and encourage those who have experienced or witnessed hate crimes to speak up. It is hoped that this project will lead to improved community relations throughout our region