Picture the scene: 80 women from all types of backgrounds, different ages, different life experiences, standing tall, literally finding their voice as they shout
Women have power! 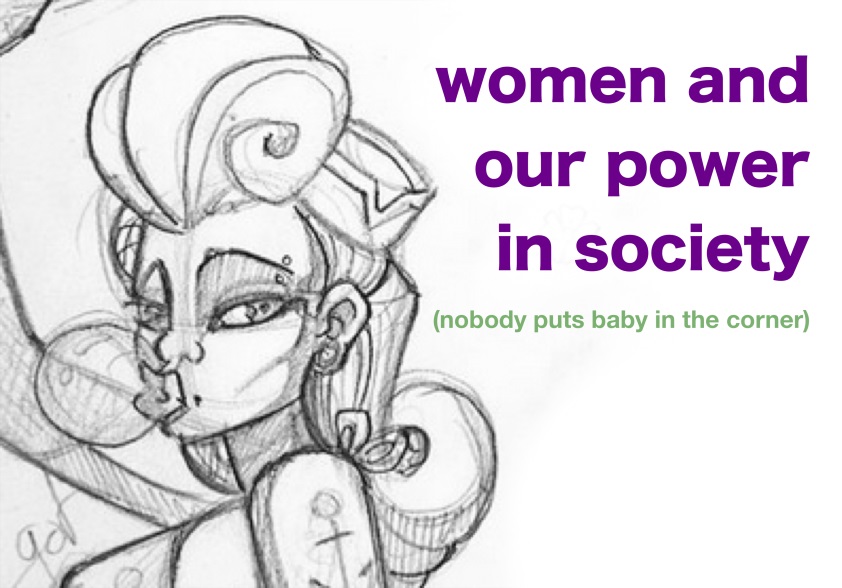 and you have an idea of what our conference Women and Our Power in Society enabled and inspired.

The idea for the conference was inspired by a project funded by the Irish Department of Foreign Affairs and Trade that we had been delivering called Stop Peace Unravelling.   The original aim of this project was to engage groups with the concept of democracy, but as the project rolled out what became evident was less of an interest with the idea of democracy, and more of a desire to explore and understand the bigger idea of power.  The women who were participating in these discussions were fascinated and energised as they explored where and how they could exercise power in their lives and communities   At the end of the project the women were still hungry to learn more about power and hence the conference.

The conference took place at Crumlin Road Gaol in Belfast as one of the celebration events for International Women’s Day.  We specifically chose the gaol as the venue because of its resonance with what we were looking  at over the course of the day.   In 1914 four very respectable middle class women were imprisoned there on the charge of attempting to blow up Lisburn Cathedral.  The women were part of the suffragette movement and in attempting to bring about a better and more equal life for women were targeting male bastions of power such as churches, golf clubs and race courses.  Wherever they conducted their direct actions they left behind messages such as ‘justice and militancy and fair play for women’.   Women have Power!

We were very honoured to have five amazing speakers who punctuated the day with ideas and stories that sparked conversations, ignited imagination and fired us up with possibility.  The speakers also posed a question that we then took time to discuss at our tables and it was in those animated and real conversations that some of the most important learning took place.

Kerry Anthony the CEO of Depaul, a charity  that supports those without a home to find a place in society, talked to us about the effect especially on women on being on the margins of society.  She talked about the challenges of the work and posed the question about resilience and energy and how do you keep going if change seems slow?

Kate Clifford our next speaker is the Director with Rural Community Network and she talked about the inspiration she found in the life of Rosa Parks.  She talked about the many identities that we as women hold , daughter, sister, friend, mum, employer, employee and how they interact and play out.  Her question to us was: Claiming your power……..what realistic, yet inspirational role do you/ could you play in your community?

Gabrielle Moseley  shifted the focus to the global.  Gabrielle works for the American Consulate and has been in Iraq, Brazil and Belfast.  She gave us a really fascinating insight into the world of international diplomacy and the role that women play in fighting for and bringing about change.  Gabrielle’s background is economic analysis and her question to us was around the freedom of women economically and how we felt about it.

Orlaith Hendron is a grass roots activist and she had us on our feet before lunch making a noise.  Oralith asked a simple question about when as women do we feel silenced and when does society silence the voice of women?  Sadly the examples of both were many.

Our final speaker was Sarah Quinlan the Chief Executive of Children’s Heartbeat Trust.  Sarah talked about the power of women as mothers who wanted the best for their children.  Sarah has just won an award for the charity with most political impact and her energy was infectious as she shared how even a small group of people can make a difference.  Her question to us was around how we use our power to build people up and not put them down.

At the end of the day there was a feeling of possibility;  women were exchanging numbers and email addresses and wanting to build on the connections that they had made.

It was a day where 80 women came together and explored how to live well together and began to realise that individually and together they have the power to make that happen.